More on the Pistol Tree Poems 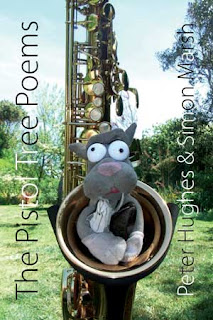 Peter Hughes dropped me an email commenting on the pieces quoted below. This is what he said:

"I thought you might be interested to know something more about the passages you quoted. Leonardo da Vinci makes several appearances in the sequence, usually in non-obvious ways! So Len is there, experimenting with form & the random, dropping bits of molten lead into water, & seeing what happens. He recorded his thoughts in his notebooks, & the 'prawn' was something he saw in one of the shapes. He dropped them from just above the surface of the water: a height of just one inch (or pollice - 'thumb' & 'inch' in Italian). I got most of my details from Charles Nicholl's biography of Leonardo. Plus a few old art books. His fondness for bright red or pink leggings is also documented!

Simon & I gestured towards the deaths or anniversaries of a few musicians. The buccaneer loons' in that passage by Simon belonged to John Martyn, someone we both admired, who died at the end of January 2009. Some of Martyn's lyrics appear elsewhere.

The title - The Pistol Tree Poems - comes from a mishearing of "epistolary poems' on a dodgy phone line between the UK & Italy."