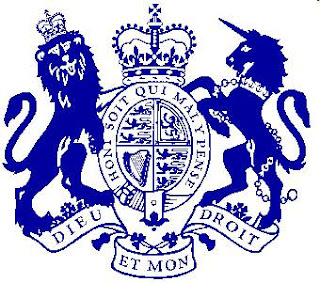 Carol Anne Duffy has now become the one living poet that the British public are likely to have heard of. I watched Newsnight Review last night on which Andrew Motion and assorted pundits discussed her appointment and her poetry. It's interesting to me that when people on TV or radio arts programmes discuss poetry, they appear not to apply the same critical standards to it as they do to film, music, novel or theatre. I couldn't imagine them laying into the poems or saying, well, this poem was weak or dull, or questioning whether poetry that's so amenable to dissection in the classroom is as subtle or profound as poetry which isn't etc. It's irrelevant what my opinion of Duffy is; I'm saying that it would be normal to ask these questions of other types of artistic endeavour. They all praised the poetry. The word 'Great' was bandied around (Great poetry, Great poet); they didn't express a single reservation about it or compare it to any other contemporary poetry, something inconceivable had they been discussing a film or pop album. Why is this? Because they don't take poetry seriously as an art; they see it as an archaic form, like classical music. The laureateship confirms for people that poetry is, in fact ,archaic; that, like the post itself, it is stuffy, Establishment and associated with class hierarchy. We don't have a Royal purveyor of music, or Her Majesty's Director of Movies. Music and movies don't need that kind of patronage. The implication of the laureateship is that poetry does.

Duffy's grand gesture of giving away her 7K or so salary is unfortunate. On principle, people in public office should be paid, otherwise the offices are only open to those how can afford it. She donated the money to found a poetry competition. Enough said.

1. It's an archaism that harks back to the time when powerful poeople paid poets to praise them.

2. No-one can decide whether the incumbent is supposed to act as a poet, or as a superior arts administrator. Motion was generally praised for the latter role.

As you can probably gather, in my view the post should be scrapped.

One of (my daughter) Rose's friends just completed his PhD and has actually found a tenure-track position. Rose, while telling me about this, said: "I don't get philosophers. What are they *for*??" (meaning what is the purpose of philosophy?)

That got me to thinking: how would I have answered if she had said "I don't get poets. What are they *for*??" (meaning what is the purpose of poetry?)"

I realized the answer would be very different depending on who was asked. I've spent some time at Harriet, Poetry Mag's blog, and Ron S is right, there really is a divide of sorts between so-called SoQ and the so-called post-avant; at least the discussions there are really different than the discussion in more "advanced" (and yes, those *are* scare quotes) circles.

Alan, I agree with much of what you've said here, although there is a Master of the Queen's Music.

Sam: Really? That's amazing! But I shouldn't be surprised, should I? Of course, no-one would know who the Master of the Queen's Music is, whereas the Poet Laureate is the one poet people are likely to know.

John: Interesting point. There's something anarchic and subversive about good poetry, as there is about any art, so there'll always be forces trying to control that anarchy and subversion.

the only Duffy I know was on radio

anyway we now got a Poet Laureate of Takoma Park!
she is required to write a yearly poem about azaleas and read at public functions... that


I once asked Allen Ginzap "well, who DO we write for?"

he replied "For those who dig it!" he sure had a way with words!

maybe a few too many ?

You can't scrap the laureateship. At least not until I've had a chance to turn it down...
Same goes for MBEs, knighthoods and all the other Blue Peter badges that hark back to the days when the lion and unicorn ruled the pink bits all over the world map.

I don't like the laureateship, especially in its relationship to the royal family. It has suited a few poets because the royalism meshed with their convictions.

However there seems to be some liveliness in the way it's regarded in Scotland. The appointment of Edwin Morgan as Glasgow's first laureate and later as Scottish Makar suggests that someone somewhere actually cared about poetry.

In England, a wide debate about how poetry works would be great. Sometimes I think understanding and appreciation of poetry is systematically killed by the GCSE syllabus and the questions pupils are trained to answer.

The current Master of the Queen's Music is Sir Peter Maxwell Davies.

Media coverage of poets and poetry almost always gets my back up. See the lamentable piece in The Times last month on the "Facebook poets", and today's "Is poetry relevant to our lives in the age of YouTube and MySpace?" article in today's Observer.

Kath - I completely agree with your comments about the way poetry is taught. I think most people have no idea how to read poetry; they think it's a piece of prose that is there to impart information to them. I sometimes think it'd be better if it weren't taught in schools at a all...

well, don't get me started!

so's they can appear "knowledgeable" and competent in their credentials collecting realm...

they flee from me that some tymes did me seek

now a-daze they korrect Tommie's spelling to fit a computerIzed spell-checque ( yea, checque as pay $$$$ to "get 'it'")

The 'Facebook Poets' are the latest incarnation of a media phenomenon: remember the New Generation Poets of the 1990s? They had a photo-shoot for The Guardian which Iain Sincliar said looked like 'a conference of sales reps ordered to have a good time'.

Creative Writing courses do turn out novels in which can see the cogs moving - the template of conflict/tension/resolution - and you can often spot poetry that's come out of these courses too - the Hughes/Heaney-style extended metaphor being a favourite.