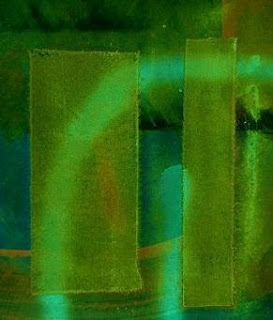 the straw which comes apart

An excellent publication from Oystercatcher Press. This pamphlet contains translations of poems by Italian poet Ivano Fermini (1948-2004) by poet and translator Ian Seed. The text includes the Italian original, which must have been tricky to translate, requiring a good knowledge of the language. At first reading, the poems are baffling, but appealing. Fermini reads like Tom Raworth, but with less Pop Art and more surrealism. However, there are, as Ian Seed pointed out to me, connections within the poems which reveal themselves gadually. Here's the poem 'carnival':

"in 'carneval' the connections [are], by association, between 'pearls', 'sea/waves', 'headstones' ( perhaps the towering waves?) and 'the tears with a great rise and fall'.
I was so fascinated by Fermini because of the mixture of intense lyricism and disturbing qualities, and all the tenous connections. "

Interesting work, and well worth a visit to Oystercatcher's site (and a click on the Payal buttons).
Posted by Alan Baker at 7:47 AM

I like this kind of bafflement. Oystercatcher Press was well worth a look.
regards
Marisa