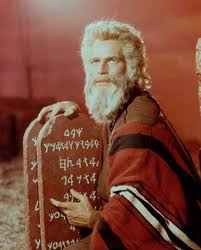 Ron Silliman is no longer allowing comments on his blog. Before I go on, I must say that I think Silliman's blog is a superb resource; a fantastic list of links almost daily, and Ron's own posts always have something interesting and insightful to say. I like his poetry too.

As for the banning of comments, of course, Silliman has has every right to do what he's done; however, it does change the nature of his widely influential site from a democratic forum to a cultural authority and arbiter of taste. In fact, I've always understood Silliman (the public figure that is - nothing personal) to be an old-fashioned American patrician figure, despite his counter-culture credentials. I guess it's the old story of poacher-turned-gamekeeper. My view of Silliman changed after his response to the brilliant spoof anthology containing the names of 4,000 avant-garde poets over machine-generated poems. Silliman publicly threatened the college-students who produced this with financially ruinous legal action, to protect his 'brand': 'Ron silliman the author'; the very notion that LANGUAGE poetry has sought to undermine. They shalt not take his name in vain!

The removal of comments from Silliman's site is in response to offensive comments about the work of some younger poets he's promoting. Destructive commentators are a problem on public forums, I agree; but it is possible to edit the worst ones out, which Silliman has told us he's done in the past. Personally, I'd prefer to risk offense than shut down critical comment altogether.

Joseph Massey, one of the poets who's flaming by commenters led to the decision, seems to have reacted very sensibly to situation, witness his comment on poet Jessica Smith's blog:

"While the comments — most of them — are irritating, they wouldn’t — couldn’t! — stop me from writing. The work is the work and has nothing at all to do with its reception. The noise is disruptive but pretty transparent — and I’m already over it."
Posted by Alan Baker at 2:32 PM

Who knows what the hell poets and/or philosophers fight about? I guess Bourdieu called it cultural capital.

"Cultural capital" sums it up nicely; it's what we're all protective of, but shouldn't be. What helps me think of myself as a "poet" is the cultural capital I've been busily accumulating.

and how to make of the net
a $$$$ - paying, credentialist-granting "thing'

I mean of the 2.347 million blogs and zines "out there" I only "cruise" maybe 5 and I have recently dropped 2 of those.

Ron knows a lot of "stuff" and, I think, that it was passed time for him to present thing his schtick (as Ginsberg once told me) I/we "write for those who 'dig it'"

the poem either "works" or it doesn't (work)
and, ultimately who is caring and what it does?

Alan, I think you're right about the 'arbiter of taste' thing. I've also sensed in Silliman a strong puritan streak behind the post-avant philosophy. My own editorial policy is probably similar to other people's (though of couse I doon't get a zillionth of the hits that RS does): if anything is both abusive and anonymous I wont print it.

I envy the bloggers who are on the radar of the abusive and anonymous. Everyone's comments are really nice over at my place. I feel so unloved.

sorry for the neglect and such-much polite correctness

however
I have just gotten into
Louis Aragon's 1922: The Adventures of Telemachus

a quote from Aragon's novwell-novel:

"She quickly got up and ran to the neighboring cave. Telemachus felt heavier than the mountain. Eucharis returned with an oil nightlight gleaming like a philosopher's stone: it seemed as golden as desire, and her lover hastily recognised the power of her beauty. Nymphs instill in mortals an ever renewed passion. Eucharis was a nymph and Telemachus a mortal. Weariness had long since made skulls turn in the shade when Eucharis's head fell back on the bed like an empty walnut shell. Telemachus then absentmindedly petted the forehead of his first mistress and began to think."

and this BEFORE or on the cusp of (Breton's) Surrealism "stuff" from which Aragon (after splitting from Eluard split from the rest of The Boys Club..

" Night at high noon. If you know what love is, make allowances for whatever follows." (Aragon)

John B-R - you say you feel unloved because you get only nice comments. At least you get comments!

I solved my blog "problem" re: noh comments.

I dropped my blog
Bare Bones Bonze
about 2.3 hours after
I figured out how to "do it"

then someone asked me: "where was your favorite spot to park and.... 'make out'?"

no I just comment on John B-R's blog; ontologically


but NOT. NOT! Ontologically Prior